Crohn’s disease is an inflammatory bowel disorder that causes ulcers and sores throughout the digestive tract and is characterized by abdominal pain, diarrhea, and bloody stools. A painful disease with no known cure, Crohn’s disease is most common in young men between the ages of 15 and 30. Treating Crohn’s disease means management of symptoms, and in severe cases, surgery to remove part of the bowel.

According to the Crohn’s and Colitis Foundation of America, 1.6 million Americans suffer from inflammatory bowel diseases; including around 700,000 with ulcerative colitis or Crohn’s disease.

Crohn’s disease is often confused with ulcerative colitis (UC). They share some of the same symptoms. However, Crohn’s disease affects the entire digestive tract from the mouth to the anus and in all layers of tissue, whereas, UC is centered in the large intestine affecting the colon’s inner lining.

Crohn’s disease causes a dysregulation of this inflammatory reaction, creating an imbalance in homeostasis which causes problems detoxifying, as well as tissue injury.

Eventually, the tissue damage transforms into an ulcer, worsening until forming granulomas – walls of immune cells built around antigens it cannot remove. Granulomas invade all layers of tissue, affecting a significant portion of the digestive tract and lymph nodes. White blood cells continue the onslaught causing more damage and leading to colon atrophy. The bowel wall thickens and narrows, resulting in bowel obstruction, weight loss, stomach pain, fatigue, inflammation of the mouth and lips, and abdominal bloating. Crohn’s disease hinders nutrient absorption and may even slow growth in children.

With no cure for Crohn’s disease, patients must rely on medications for symptom control. Unfortunately, pharmaceuticals frequently used for treating Crohn’s disease have adverse side effects of their own:

Long-term use of other Crohn’s disease medications such as antibiotics, antivirals, anti-diarrheal, and pain relievers can cause hypertension, diabetes, bone diseases like osteoporosis, glaucoma, immune suppression, and seizures, as well as pancreas, liver, and kidney problems. Medications help in controlling the symptoms of Crohn’s disease, but side effects like these can do more harm than good. Through cannabis research, scientists are learning how cannabinoids may be a less damaging way to treat Crohn’s disease.

The endocannabinoid system has two primary receptors, CB1 and CB2.  Although both receptors are found throughout the body, CB1 receptors are predominantly located in the central nervous system – the brain and spinal cord; while CB2 receptors are found in the immune system and the hematopoietic system which includes bone marrow, lymph nodes, the spleen, and thymus.

Anandamide and 2-Arachidonoylglycerol (2-AG) are endocannabinoids produced by the human body. Anandamide binds to CB1 receptors and acts as an agonist to CB2, while 2-AG binds with both receptors. Both act as signaling molecules, binding with receptors to produce therapeutic effects and promote homeostasis. Unfortunately, enzymes degrade endocannabinoids quickly.  Thus, their effects are short-lived.

THC can reduce inflammation in the gut2 and control diarrhea by binding with the CB2 receptors, essentially sending Th1 cells into a controlled death, resulting in the reduction of cytokines and proinflammatory cells being forwarded to the inflamed walls of the GI tract. Additionally, THC binds to the CB1 receptors of the enteric nervous system (ECS), a mesh-like group of neurons in the gastrointestinal system lining which regulates the GI tract. Activating this receptor reduces the GI tract’s hypermotility, alleviating diarrheal symptoms associated with Crohn’s disease.

CBD by itself is a very potent anti-inflammatory compound3 that has potent antioxidant benefits4, but when combined with THC, CBD not only prolongs the therapeutic effects, but also reduces the psychoactive effects of THC.

CBD influences certain opioid receptors by binding with their allosteric, or alternate sites. When activated, opioid receptors8 control motility and secretion. Activating these receptors blocks the contractions of the digestive tract which facilitates digestion.  The study proves CBD is an allosteric modulator9 that can alter the shape or structure of the receptor by binding to an allosteric site, ultimately influencing how the stimulus is handled.

More studies are needed to support this theory, but it is encouraging to find CBD can enhance or weaken effects when certain receptors are activated.

Cannabinoids also have the potential to exert their anti-inflammatory, analgesic, and antimotility effects through the activation of extra-cannabinoid receptors10 such as:

TRPV1 receptors, frequently called capsaicin receptors because activation results in a particularly painful, burning sensation, are found all over the gastrointestinal tract and in the mucosal immune system. These receptors act on tissue damage, sending inflammatory mediators to increase the perception of pain. Prolonged activation of the receptors through cannabinoid therapy causes desensitization brought on by calcium influx into the cells, activating the calmodulin and calcineurin signaling pathways, desensitizing the calcium channels themselves, and resulting in analgesia (the inability to feel pain).

Activation of the TRPV1 receptors also results in anti-inflammatory effects by releasing an antibody which slows cytokine production and inflammation11. Enteric nerve cells release somatostatin, a type of neuropeptide responsible for inhibiting the inflammatory process12.

When activated, these receptors produce anti-inflammatory effects13 by inhibiting the synthesis and release of the proinflammatory cytokines.

CBD binds with PPARs14 to produce anti-inflammatory effects, as well as, regulate the gastrointestinal tract’s neuroimmune axis, which promotes homeostasis of the enteric nervous system. During GI tract injuries, they contribute to the proliferation of proinflammatory cells.  CBD inhibits the hyperactivation of the receptors and reduces gut inflammation. Playing a role in appetite, weight control, bone reabsorption, diseases like cancer, gastrointestinal motility, secretion, and inflammation, too much stimuli of these receptors increases cancer growth and promotes bone reabsorption, as well as worsens the proinflammatory response15 by increasing cytokine production. CBD acts as an antagonist to the GPR55 receptors16 thus reducing inflammation.

Studies on the Effectiveness of Cannabinoids for Treating Crohn’s Disease

THC and CBD, promising alternatives for treating Crohn’s disease, work together to relieve symptoms, while CBD counteracts negative side effects of THC.

Clinical trials that helped people with Crohn’s disease and inflammatory bowel disease include:

These studies show that cannabinoids, particularly CBD, are a proven alternative treatment or at least an adjuvant therapy for Crohn’s disease as proven by researchers. CBD is clearly effective in reducing GI inflammation and other symptoms associated with Crohn’s disease.

4 JM Jamontt, et al.  June 2010.
The National Center for Biotechnology Information, The effects of Δ9-tetrahydrocannabinol and cannabidiol alone and in combination on damage, inflammation and in vitro motility disturbances in rat colitis.
https://www.ncbi.nlm.nih.gov/pmc/articles/PMC2931570/ 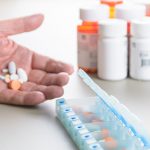 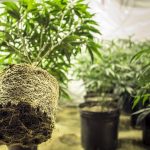 Some Questions to Ask Before Picking a Hemp Product Supplier.Uncategorized